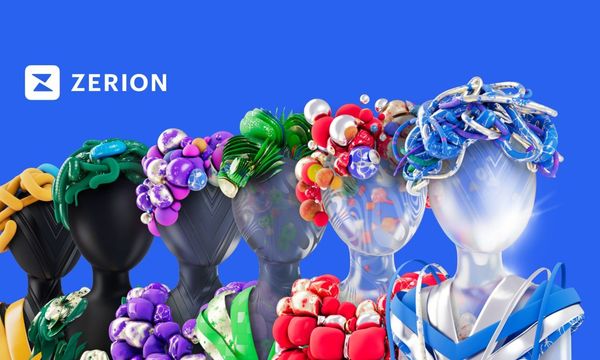 You look rare! Introducing Zerion DNA – the living NFT that evolves with you

Every wallet action will change your DNA so it reflects the value of the assets you own, the amount of gas you’ve spent and the networks you use. Anyone with the Zerion Wallet can mint their DNA at no cost beyond standard network fees.

Wallets today are about more than storing assets and HODLing. We use our wallets to invest in causes we believe in, to vote on decisions about the communities we’re a part of, to explore and play, and to participate in building the future of the internet. In other words, our wallet actions say a lot about our identities.

Zerion DNA is about going beyond transaction hashes and Etherscan links to show off who you are on-chain. This article will help you understand all the ins and outs of your DNA NFT so you can start expressing your on-chain identity!

How to Claim Your Zerion DNA

Zerion DNA is available to anyone with a Zerion Wallet. To set up your new wallet and claim your DNA:

First, download our mobile app on iOS or Android and create a new wallet or import an existing wallet such as MetaMask, Ledger or Trust Wallet using your private keys or seed phrase.

Once you’ve created and backed up your Zerion Wallet, you’ll need to make sure it is funded. Although DNA is completely free, you will need ETH to cover network fees during the claiming process.

We’ve partnered with Moonpay, Ramp Network and Mercuryo to make it easy to buy crypto with fiat currencies. If you’ve never done this before, you’ll be prompted on the main screen of your Zerion Wallet and be able to choose the onboarding option that works best for you.

With your wallet all topped up, you’ll be able to mint your DNA NFT. Head to the NFTs tab in your wallet and click on the Claim Zerion DNA button.

As soon as you complete the claiming process (including paying the network fee), you’ll be able to see your fresh DNA NFT in your Zerion Wallet! Your NFT will be customized based on all the on-chain transactions you make and the assets you hold.

Zerion DNA is composed of six attributes that together form your on-chain footprint and each represents a layer in your NFT. Specifically, we use the following attributes to generate and evolve your Zerion DNA:

Three of these attributes are relatively static in that they can only evolve in one direction or remain constant: gas spend, the number of transactions, and your NFT Age (time since it was minted).

The other three attributes (Number of tokens and Wallet/ Network balance) are dynamic and can fluctuate with market movement and frequent transactions.

Each of these attributes contributes to your on-chain footprint and helps make a statement about yourself. For example, users who are active in the Polygon ecosystem will notice their NFT features purple accessories, while those using primarily BNB will see a largely yellow avatar.

One important note: You’ll need to open your Zerion Wallet to see the most up to date changes in your DNA. We’ll update your DNA’s attributes externally on tools like Opensea once a week so you’ll need to head to the Zerion app for the most current version of your NFT.

Setting Your DNA as Active

If you only have one Zerion DNA held in the wallet in which it was minted, it will be active by default.

However, if you hold multiple DNA NFTs in the same wallet, you’ll need to set one as Active. Only your active NFT will evolve as you explore web3. The others will simply reflect the attributes from the moment they were minted.

To set a DNA NFT as active, simply open it in your Zerion Wallet and select the "Set as active".

If you did not mint your DNA but acquired it through a transfer (for example, buying it on OpenSea or sending it from another address you own), you’ll need to set it as Active even if you only have one NFT.

Your DNA is also meant to be viewed within your Zerion Wallet. If you’re viewing your DNA Opensea or Rarible, for example, only your active DNA NFTs will appear clearly. For the rest, you’ll see a blurred version.

Earlier we discussed the differences between somewhat static attributes like your NFT’s age compared to more dynamic characteristics including your wallet’s balance.

These two concepts are the keys to understanding how to increase your DNA rarity and how to level it up. First and foremost, the longer you hold your DNA NFT in the wallet where you created it, the rarer it becomes.

Similarly, the more transactions you make with the Zerion Wallet (with the corresponding gas you spend), the more your DNA comes to define your on-chain identity.

Dynamic attributes like the number and which networks you use also influence your DNA but are less linked to simply using your Zerion wallet and more tied to HOW you use it.

For example, the number of tokens you hold will change the type of clothing your DNA avatar wears while your wallet’s balance will change its headwear.

This is just the start for Zerion DNA and we plan to introduce new attributes in the future that will give you even more opportunities to level up your NFT.

Is Your Zerion DNA Transferrable?

Your Zerion DNA is 100% transferable but not every attribute will adapt to the new wallet address where it’s sent or sold.

Conversely, owner-defined attributes including the balance of the wallet, the number of tokens the wallet holds and the networks the wallet uses are not transferable.

If a DNA NFT was claimed in a wallet active on Optimism, it would not retain its red coloring if it was sent to a wallet address where the bulk of assets were on Ethereum.

Create A Zerion Smart Wallet to Claim Your DNA

We’re on a mission to open up freedom and opportunity for the next generation of crypto users and that starts with moving beyond strictly financial management and features. Zerion DNA is about giving our users the chance to express their on-chain footprints and make a statement about who they are and what they believe in.

To create your Zerion DNA, head to the App Store or Google Play Store to download the Zerion App and get started.

UST Crashed. Are Other Stablecoins Safe? A Deep-Dive Report 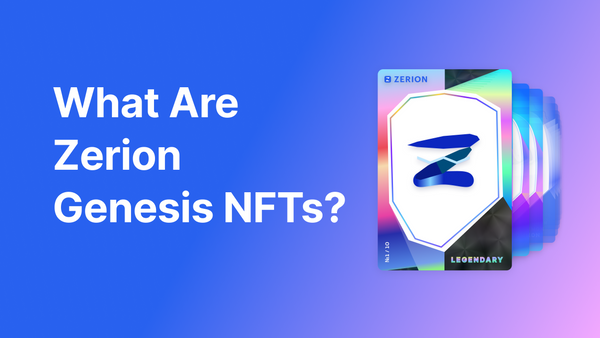 What Are Zerion Genesis NFTs? Your Keys to Zero-Fee Trading

What are Zerion Genesis NFTs? We’ll explain what Zerion Genesis Collection NFTs are, how they were created, and what utility you can get from holding Zerion NFTs.

By Vladimir in Zerion NFTs 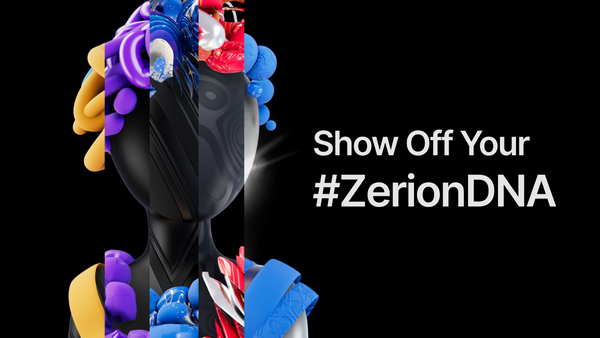 We’re launching the Web3 DNA Challenge intended to get you showing off your Zerion DNA!

By Vladimir in Zerion NFTs