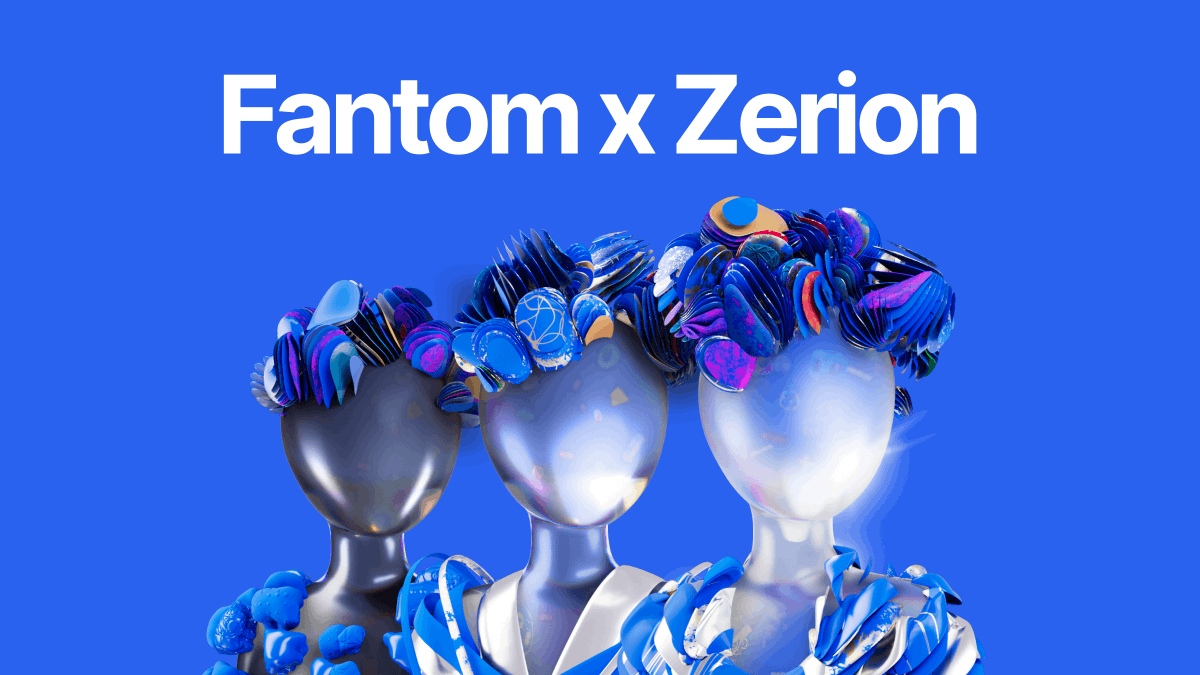 What is Fantom (FTM) And How to Use it With Zerion Wallet?

Fantom is a fast and efficient Layer-1 network for smart contracts.

FTM, its native coin, made a spectacular 10x run in 2021 and showed quite a bit of volatility afterward. But many people don’t know what exactly makes Fantom different and why it’s so attractive to app developers.

In this post we’ll deep dive into the Fantom ecosystem, outlining its history and technology, as well as showcasing top DeFi applications that you can use with Zerion Wallet.

Fantom is a Layer-1 network built using smart contracts that are compatible with Ethereum but process transactions cheaper and faster.

Unlike some Ethereum alternatives, however, Fantom didn’t sacrifice decentralization to make the network faster.

Founded in 2018, the Fantom Foundation was created to solve the blockchain trilemma: ensure decentralization, security, and scalability.

In summer 2018, Fantom completed a token sale, raising $40 million. Those tokens were subject to vesting, which is now completed and reflected in the circulating supply.

One of the reasons behind this development and user adoption is the technology Fantom has under the hood.

Fantom has two layers: a consensus mechanism called Lachesis and an execution layer called Opera (aka the mainnet).

Fantom is an open network and anyone with 500,000 FTM can stake their tokens to become a validator. Anyone with over 1 FTM can delegate their tokens and earn staking rewards.

On top of Lachesis is Opera, a smart contracts network compatible with Ethereum Virtual Machine (EVM).

EVM compatibility means that developers can easily port their Ethereum smart contracts to Fantom and use tools they are familiar with. For developers used to working with Ethereum, this makes development faster than on non-EVM networks like Solana.

Meanwhile, users can add Fantom as another network in wallets like MetaMask. Smart wallets like Zerion Wallet already have built-in Fantom support and switching to it is as easy as tapping a toggle.

FTM vs other cryptocurrencies

Like ETH for Ethereum or BNB for Binance Smart Chain, FTM is used to pay transaction fees and secure the network. Holders of FTM can also vote on key governance decisions.

There are several versions of FTM:

Different versions of FTM can be swapped for one another through bridges.

To use Fantom applications, you will need to hold the mainnet FTM to pay gas fees. You can get it by first buying on a centralized crypto exchange and withdrawing it to your non-custodial wallet.

Alternatively, you can buy FTM on Ethereum or BSC and bridge it to Fantom. Let’s see how you can do this with Zerion Wallet.

How to bridge to FTM

First, you’ll need some FTM for gas. You can “Refuel” with Socket via Bungee Exchange, it will detect a transfer on one network and deposit some FTM on Fantom to the same address).

Here’s how this works.

Now that you have some FTM assets, you can explore the breadth and depth of DeFi on Fantom.

Fantom attracted a wide array of top-tier developers, both those who ported existing Ethereum dapps and those who built brand new applications to leverage Fantom’s fast and efficient

Here are the top exchanges, lending platforms, and yield optimizers that can help you earn a yield without breaking the bank with high gas fees.

Curve (CRV): The leading DEX for stablecoins and similar assets (e.g. different versions of wrapped bitcoin such as wBTC and renBTC). Curve launched on Fantom in February 2021. It’s the largest DEX on Fantom with nearly $300 million in total value locked (TVL), as of May 2022.

SpookySwap (BOO): A Fantom-native DEX with limit orders, built-in bridge, staking farms, and more. As of May 2022, it’s the second-largest exchange on Fantom with over $200 million in total value locked. SpookySwap’s governance token BOO could be staked to earn more BOO and farm other protocols’ tokens.

Decentralized lending platforms on Fantom let anyone borrow cryptocurrencies or lend them out and earn a yield.

Aave (AAVE): The leading liquidity protocol, Aave launched its updated v3 with full support for Fantom. And while its TVL on Fantom isn’t crazy high, it also means that as a lender you can also earn higher yields than on other networks.

Geist (GEIST): A decentralized liquidity market protocol, Geist lets borrowers take out overcollateralized perpetual loans or undercollateralized one-block loans. The platform’s token GEIST carries no governance rights and instead, its holders get 50% of the platform revenues.

When you deposit crypto into a strategy with a yield optimizer, it will automatically harvest rewards and reinvest them, helping you save time and money on gas fees.

Yearn (YFI): The best-known yield optimizer launched by legendary Andre Cronje, who played a key role in building out DeFi on Fantom. Yearn runs several strategies with double-digit APYs, including those that stake and reinvest BOO and Curve pools.

Reaper.farm (wen token?): An auto-compounding yield farm that maximizes yield through compounding interest. Some strategies (“crypts” as their called) compound as often as every few minutes. As a result, Reaper offers much higher yields than what’s possible to achieve manually: double digits for stablecoin farms and triple digits for riskier assets.

There are plenty of other exciting opportunities across the Fantom ecosystem. To keep track of all your positions you need a smart wallet like Zerion — it will automatically list all your positions, debts, and rewards.

Here is a step-by-step guide to entering Fantom with Zerion Wallet.

3. Buy FTM. You will need some FTM to cover gas fees and can use the rest to swap for something else or earn a yield. You can buy on a centralized exchange, for example, Coingecko lists.

Or you can swap with Zerion on one of DEXes on Ethereum or BSC and then bridge. Zerion’s trading aggregation can help you find the best rate and save on gas fees.

4. Send FTM to your Zerion Wallet.

If you bought on a centralized exchange, withdraw your FTM and enter your Zerion Wallet’s address as the destination.

If you bought FTM from a DEX on Ethereum or another network, you can use Zerion’s bridge aggregation to find the best bridge.

Now that you have some assets on Fantom, you can provide liquidity, lend, or deposit to an optimizer and earn yield.

And don’t forget to claim your Zerion DNA, the living NFT that evolves with every transaction you make.

While you hold Zerion DNA in your Zerion Wallet, every transaction — swapping, sending, adding LP — increases its rarity.

And with Fantom’s ultra-affordable gas, you can level up your DNA much faster than on other networks.

Get Zerion Wallet to claim your Zerion DNA 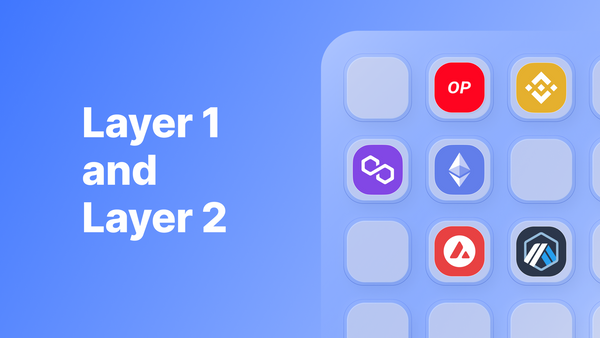 This post shows how to use Layer 1 and Layer 2 networks with Zerion Wallet to enjoy cheaper and faster transactions.

By Vladimir in Layer-1 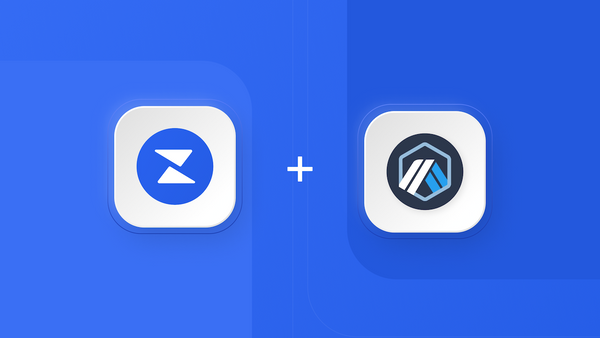 After the success of the Optimism airdrop [https://zerion.io/blog/missed-the-optimism-airdrop-heres-how-to-prepare-for-future-op-airdrops-with-zerion/] , the rumor has it Arbitrum will be following [...]

By Vladimir in Arbitrum

Welcome to Aurora Week at Zerion! Here’s How to Use Zerion Wallet for Aurora