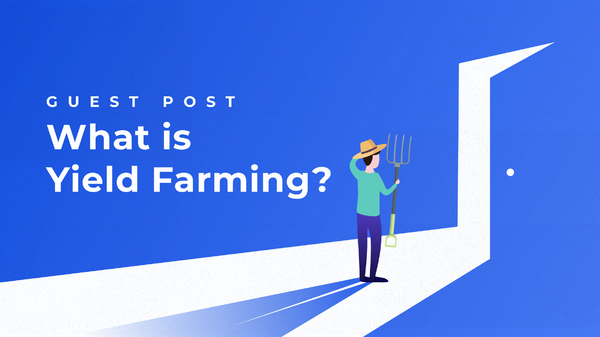 What is Yield Farming?

Put your crypto to work on protocols like Compound, Balancer, Synthetix and Curve

Yield Farming is all the rage these days.

Whether it be supplying assets to Compound, providing liquidity on Balancer, or taking part in Synthetix’s dozens of liquidity incentives, it’s a good time for honest work.

In this article, we’ll walk through the recent trends and how Zerion is helping farmers keep tabs on their seeds, ultimately creating a unified experience to deploy, monitor, and harvest the fruits of their labor in a few clicks.

What is Yield Farming?

For those who haven’t been on Twitter in the past week, Yield Farming is a meme that represents users putting their capital to work to earn returns on an endless number of different DeFi protocols.

Best catalyzed by Compound and the distribution of their governance token — COMP — users who supply or borrow capital from the leading lending protocol are eligible to receive a pro-rata distribution of the 2,880 COMP allocated each day.

This led to over $1B in new capital flowing into the protocol, with obscure tokens like BAT seeing upwards of 20,000% increases in demand as farmers pivoted to farm COMP. Paired with the ability to maximize COMP by using Flash Loans on InstaDapp, Compound’s token distribution has solidified a DeFi bull market. Here’s a tutorial from DeFi Dad on how it works:

Given the scarce supply of COMP, the price quickly surged from its listing value of $16/token to a high of $400 when it was listed on Coinbase Pro earlier this week. While this is definitely an extreme example, there are many reasons why COMP is now the #1 token on DeFiMarketCap.

Using Zerion, users can actively monitor the value of COMP, along with entering the protocol using the Save feature and claiming their tokens directly through the dashboard.

Before there was COMP farming, there was BAL mining.

This week, Balancer’s governance token — BAL — is making big waves thanks to the distribution of its Liquidity Mining program which launched three weeks ago. Just like with COMP, BAL tokens are distributed for the usage of the protocol — in this case for supplying capital to any of the 427 Balancer Pools.

What’s interesting to note here is that the Balancer community has actively reshaped how BAL is earned using a variety of factors. From fees to weights and wrapping, Balancer has shown strong promise for the ability to prioritize value-added liquidity by modifying their token distribution.

Now, less than a week after launch, Balancer has seen over $30M in new capital enter the asset management protocol along with over 270% more unique liquidity providers and more liquidity than UniswapV2.

Notice a trend yet?

Looking at yield farming from a purely token perspective, the mechanism of introducing tokens to the open market in an extremely conservative fashion is rocket fuel.

In the case of both COMP and BAL, the only circulating tokens are those distributed through yield farming and those owned by the team and investors.

Seeing as we know the team and investors have a vested long-term interest, this basically leaves yield farmers left to trade amongst one another.

To paint a clear picture, here’s how tokens enter the market from the aforementioned projects.

What emerges is a vast amount of hungry tokenholders fighting for an extremely limited supply of tokens. Plus, with the added benefit of interest in the case of Compound and swap fees in the case of BAL, the Return on Liquidity (ROL) is two-fold.

When factoring in the price of these tokens, there are exponential returns to be earned for trading in harvested governance tokens.

Going back further, we have Curve.

Curve is a liquidity aggregator that offers low-slippage trades between pegged assets like stablecoins and different wrappers of Ethereum-based Bitcoin.

This past week, Curve experienced its ATH in volume multiple days in a row, largely due to so many people rushing to get USDT from leveraged Maker DAI to farm COMP. This resulted in lending rates getting as high as 100% per year — governance tokens aside.

Now, with the introduction of the sBTC Curvepool incentive, LPs can earn a healthy return on their Bitcoin plus liquidity incentives in the form of SNX, REN, BAL and CRV.

The cherry on top is that Curve has announced plans to retroactively distribute their governance token — CRV — to those who have been providing liquidity for some period in the past. Given the rage of COMP and BAL, we expect CRV to see similar (yet less exponential) demand.

Taking one last step back, it’s impossible to talk about Yield Farming without mentioning Synthetix.

As the pioneers of liquidity incentives, users who provide liquidity to a number of different Synth-based trading pairs are eligible to earn rewards in the form of Synthetix’s native token — SNX — when staking those positions on Mintr.

Outside of the sBTC Curvepool we mentioned above, this was first popularized through the sETH/ETH rewards — a fan-favorite due to the ability to mitigate impermanent loss.

Today, Synthetix continues to quickly dominate the DeFi ecosystem, with new trials — proving why it has recently surged to #4 on DeFiMarketCap.

As if you aren’t intrigued, we’re here to tell you that Yield Farming is only just getting started.

Boiling it down to its core premise, the amount of opportunities for power users to earn a return on putting their capital to work is set to skyrocket over the next few months.

With Aave, UMA, and Curve (among others) all set to launch some form of yield farming, we hope you’ve got your finger on the pulse when it comes to honest work.

Before getting started, please note that there are a number of risks associated with any yield farming strategy, and at the very least we recommend exploring insurance options like Nexus Mutual to protect against unforeseen risk.

Tying it all back to Zerion, they’re currently working on a new version of the dashboard built specifically to monitor your yield farming seeds. Whether it be tracking the price(s) of new governance tokens or keeping tabs on the amount of interest you’ve earned across different protocols, Zerion is keen to help you stay ahead of the curve (no pun intended).

If you’re eager to get involved with any of the farming opportunities mentioned above, join the Zerion Discord or follow them on Twitter.

The community is constantly talking about new strategies and you could be one of the first to beta test the new product in the coming weeks.

Until then, don’t forget to rotate your crops and as always, stay honest!

DeFi is the New Fintech