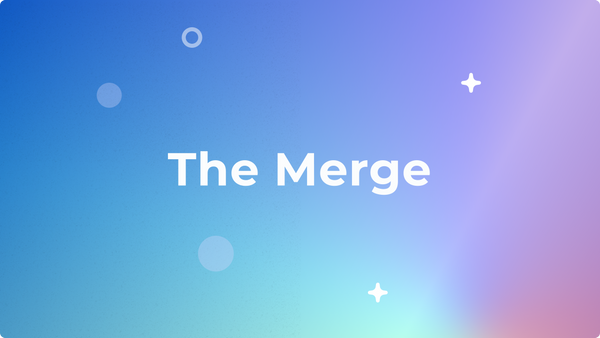 The Merge: Everything You Need to Know About The Biggest Ethereum Upgrade

It’s official, after years of hard work and long waiting, the Merge is happening between September 10 and 20.

Ethereum scaling has so many moving parts and provokes so many opinions that it’s easy to get lost in all this information.

In this post, we’ll tell you what the Merge is, what will happen, how it will affect the Web3 space, and how you can trade and stake ETH.

What is the Merge?

The Merge specifically refers to the unification of the so-called Beacon chain and the execution layer (the mainnet) that now runs on the Proof-of-Work algorithm.

What will happen during the Merge

At a high level, here is what will happen:

However, as a user, you do not need to do anything before, during, or after the Merge.

Any requests to update your wallet, claim ETH on the Beacon Chain, “transfer” your address to PoS, or anything like that are scams.

For example, your Zerion Wallet will update automatically. Most likely, for you it will be just another day in Web3.

It’s also important to understand that the Merge itself does not immediately change much about the user experience on Ethereum:

Even though initially you won’t notice much difference, the Merge’s long-term impact is hard to underestimate.

The Merge is the biggest revision of Ethereum’s monetary policy — and probably the biggest change in the history of crypto.

Assuming transaction fees will remain the same, the shift from Proof of Work to Proof of Stake will reduce ETH issuance by 87% to 95% or even more.

To summarize, at the current levels of rewards and burn, ETH emissions will drop from 4% to 0.18%:

Let’s dig into this a bit deeper.

Because the Proof of Work chain will shut down, mining ETH will no longer be possible.

Currently, miners earn a total of about 13,000 ETH per day in block rewards (this does not include transaction gas fees). This amounts to 4.7 million ETH a year or about a 4% addition to the current total supply of around 120 million ETH.

Validators' block rewards will be introduced

Instead of mining, validators will create new blocks and will receive fixed rewards.

The total annual rewards to validators will be ~166 * square root of all deposits, according to Vitalik’s EthCC presentation.

Right now, the Beacon chain validators receive about 1,621 ETH per day. Annually, this adds 591k ETH to the supply or about 0.5% of the current total supply of roughly 120 million ETH.

Because the Merge itself does not affect the total network throughput, the transaction fees will likely remain the same.

Since the introduction of the EIP-1559 upgrade in August 2021, part of the transaction gas costs (base fee) is burned and only optional tips (priority fee) go to miners as a reward. Currently, about 1,000 ETH is burned every day.

A year ago, during the bull market, over 8,000 ETH was burned every day.

This means that when the demand for Ethereum block space returns with the bulls, the net issuance will likely become negative.

However, in a few years, regular transactions might move away from Layer 1 Ethereum.

Layer 1 and Layer 2 after the Merge

The current vision of Ethereum, as outlined by Vitalik, is that Layer 1 is for "security and dependability" and Layer 2 is for speed, high scalability, features for users, and more.

So there will be space for many networks.

Other Layer 1s will remain competitive

Ethereum fees after the Merge are unlikely to become any lower than they are now.

The Proof of Stake Ethereum will produce new blocks exactly every 12 seconds, only a 7% improvement on Proof of Work’s average of 13 seconds.

Post-Merge blocks will have the same gas limit of 30,000,000 per block. So there isn’t scope for gas fees to go lower.

Transaction finality, however, will improve.

With the Proof-of-Stake, a transaction could be considered final after just 1 block, i.e. in 12 seconds. This is much faster than waiting for 1-2 minutes for multiple confirmations under the Proof of Work algorithm. Yet it’s far from near-instant transaction finality on Fantom or Avalanche.

Layer 2s will be key to scaling Ethereum

Over the past years, the discussion of Ethereum’s scalability shifted from sharding to rollups as more and more L2 networks launched.

Given that initially the Merge will not increase the throughput or speed, rollups like Optimism and Arbitrum will remain popular. Until sharding comes (hopefully) in the next two years, rollups will be the main avenues for scaling Ethereum.

Even after sharding, it looks like the Ethereum roadmap has features specifically for rollups. Or as Vitalik puts it, “once L1 is strong enough, the rest can be done by L2”.

Now that you know how the Merge will happen and what to expect, let’s see how to degen this.

How to trade the Merge

First of all, this is not financial advice, just a list of instruments you can use.

We don’t know how things will go, how the market will react, whether the Merge is priced in, or how the broader macro (inflation, interest rates, etc) will impact ETH.

However, it’s a great excuse to try out some DeFi products.

If you think ETH will go up before and/or after the Merge:

Alternatively, you can also hedge your ETH exposure or even bet on a correction with:

How to stake ETH after the Merge

However, the number of validators might increase, causing the yield to decline.

Still, the successful Merge will significantly reduce the risks of staking. You won’t be able to withdraw staked ETH until the Shanghai update but at least it won’t be stuck indefinitely.

After the Merge you will have pretty much the same options for staking:

The future after the Merge

The Merge is only the first of several major planned upgrades to Ethereum on the road to 100,000 transactions per second as outlined by Vitalik Buterin in EthCC presentation.

Other planned Ethereum upgrades are:

All of these further updates are likely still years away. As Vitalik says, Ethereum is only about 40% complete. After the Merge, it will be 55% complete, according to his estimates.

But if the Merge is successful, it could be time to start thinking about what will be possible with a truly decentralized, scalable, secure, and sustainable network.

Will Ethereum go up after the Merge?

Nobody knows for sure what will happen to ETH immediately after the Merge. But volatility will most likely go up. Over the long term, ETH emissions will be down 87-95% so you make up your mind.

Will the Merge reduce gas fees?

No, Ethereum’s gas fees will not immediately go down after the Merge. The block space will be the same and block creation time will only slightly decrease from about 13 seconds to 12 seconds per block.

What will happen to MEV after The Merge?

MEV (Maximal Extractable Value aka Miner Extractable Value) is the profit that a miner or validator could extract from including transactions in a block, for example, DEX arbitrage trades or liquidations. It’s a major source of revenue for PoW miners.

The Merge doesn’t remove MEV: validators will still be able to profit from building blocks. MEV-Boost by Flashbots will even offer validators profitable blocks from an open marketplace. However, nobody knows yet how validators will act in practice. Some might avoid MEV out of reputation risks (e.g. famous individuals) or legal risks (e.g. exchanges running validators).

What happens when ETH 2 comes out?

What will happen to Ethereum in 2022?

The biggest upgrade to Ethereum is The Merge, scheduled for sometime between September 10 and 20. The dates for other major upgrades are yet to be confirmed.

The shift to ETH 2.0 is currently at The Merge. The latest road map includes four other stages (the Surge, the Verge, the Purge, the Splurge) but everything might change.

Is Ethereum and Ethereum 2.0 the same? 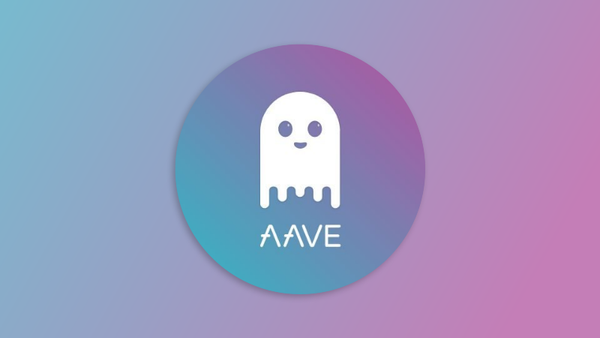 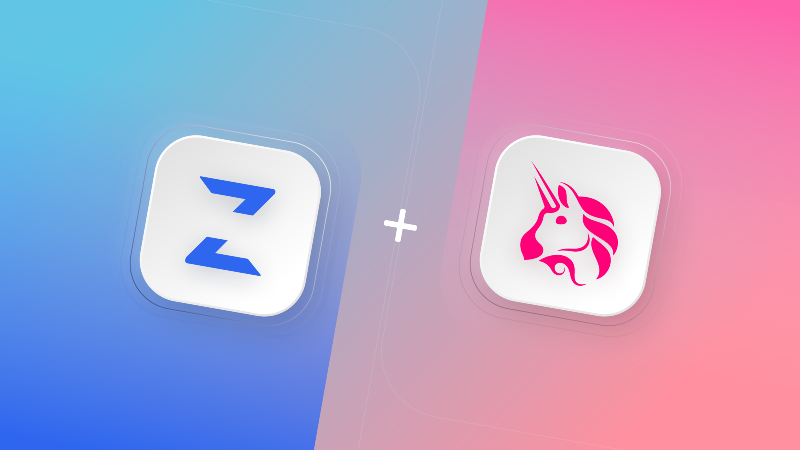 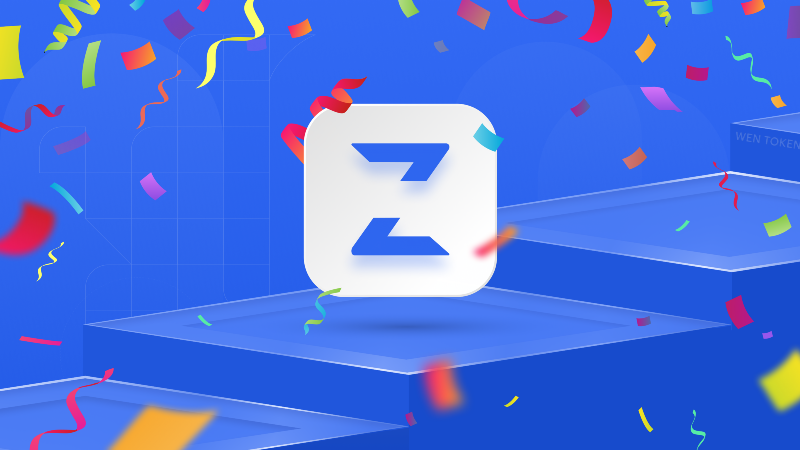